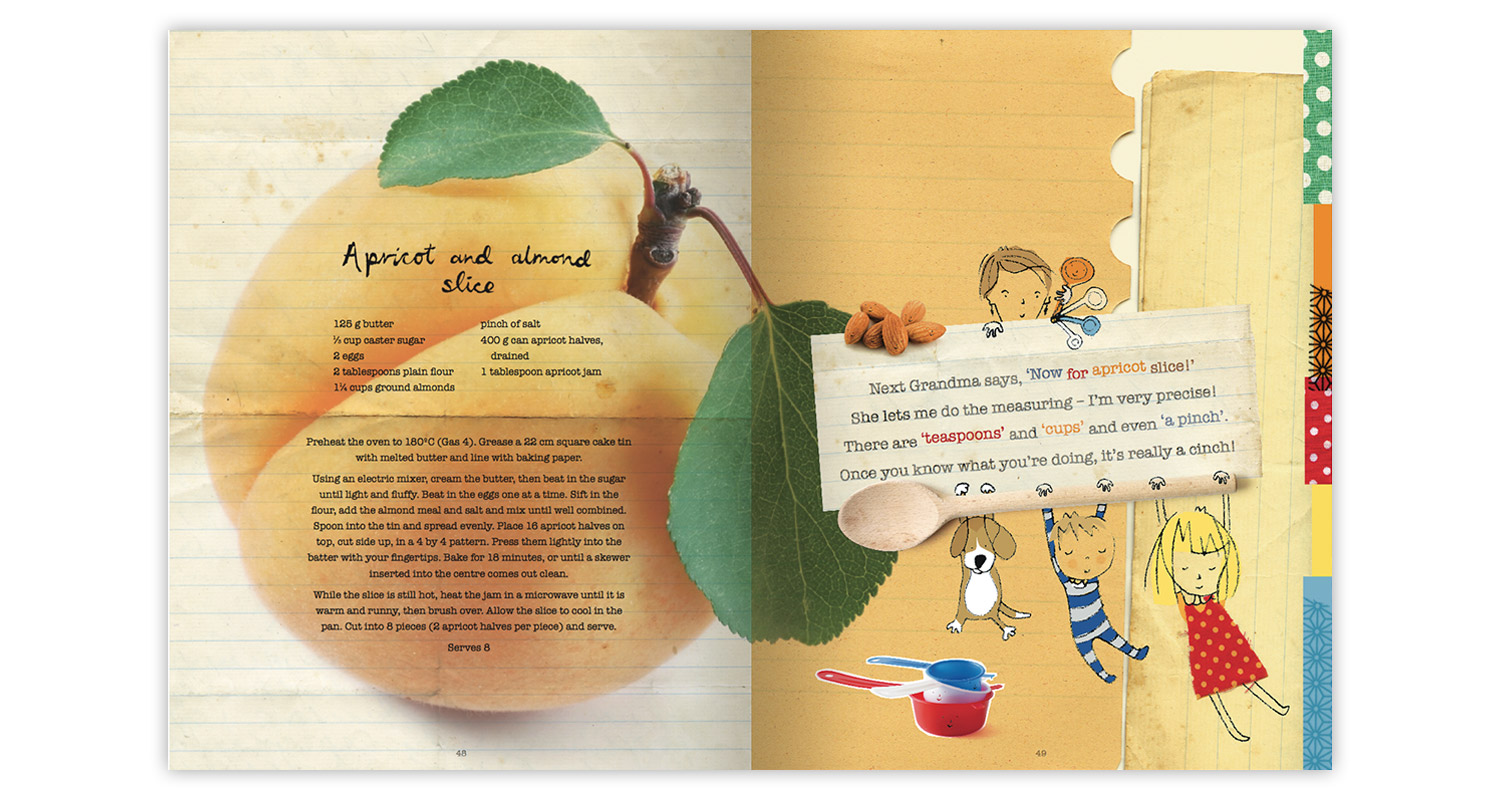 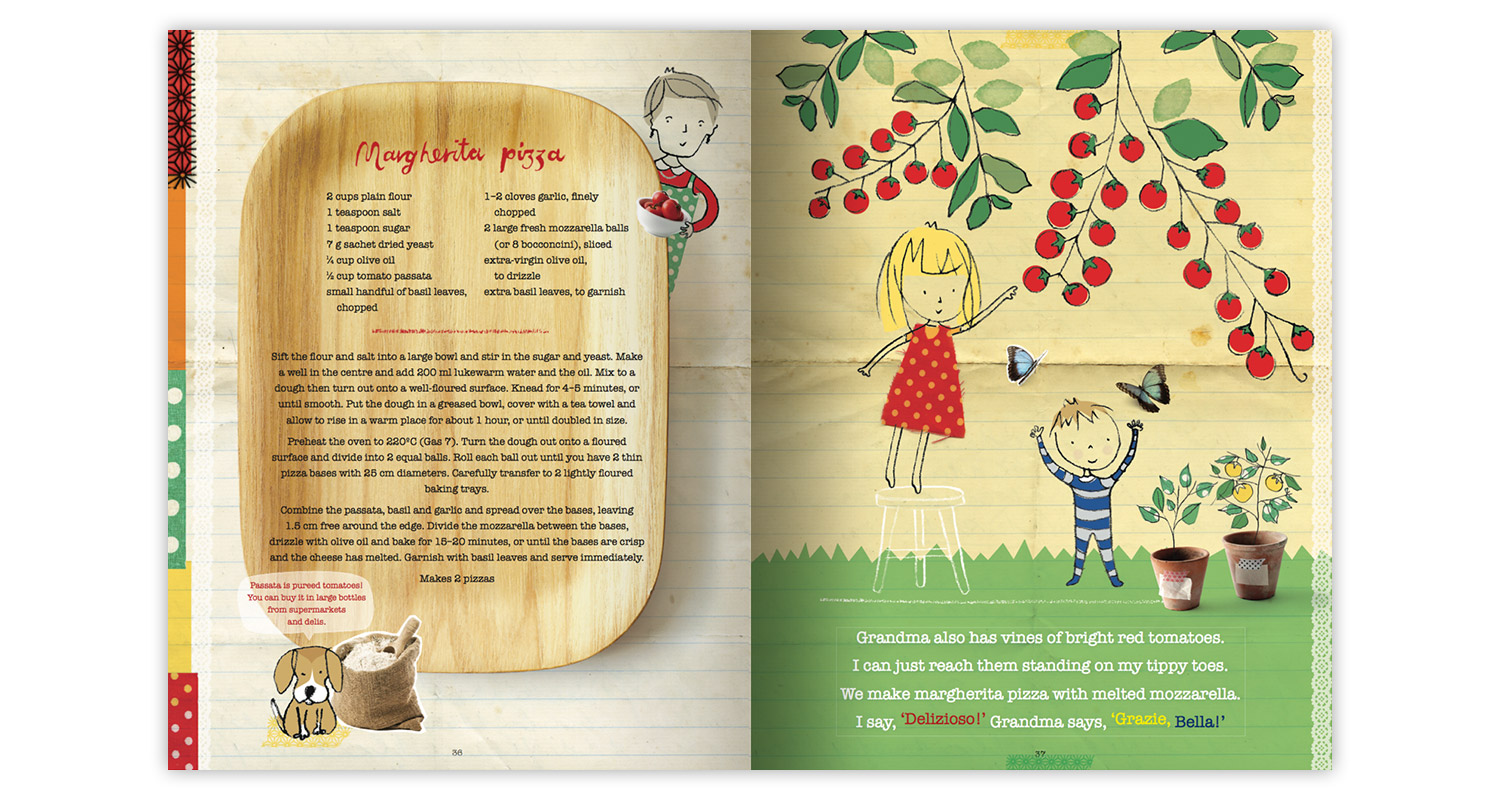 Join Lulu and Grandma in the kitchen, where they cook up the most delicious dishes like pancakes, macaroni cheese (Lulu’s favourite!) and saucy chocolate pudding. Grandma teaches Lulu how to whisk and chop and measure … even beat egg whites for pavlova! With little brother Harry as her trusty apprentice, there’s no stopping Lulu on her kitchen adventures…

My Grandma’s Kitchen (April 2011) is inspired by Louise’s childhood growing up around Margaret’s legendary kitchen. It is both a picture book and cookbook, featuring a fun rhyming story and whimsical illustrations, along with 30 of Margaret Fulton’s much-loved recipes.

Louise wrote the charming rhyming verse for the book and worked together with Margaret on the delicious recipes. They drew from many of Margaret’s old favourites and developed some new ones together to create a collection that captures Louise’s wonderful childhood years spent in her Grandma’s kitchen.

“A book to be treasured and re-read time and again”

“A great introduction to many cooking adventures”.


Thermomix Something For Everyone

'What guides me is home cooking, listening to my appetite, using whole food ingredients, prioritising plant foods and keeping highly processed foods out of my kitchen.'